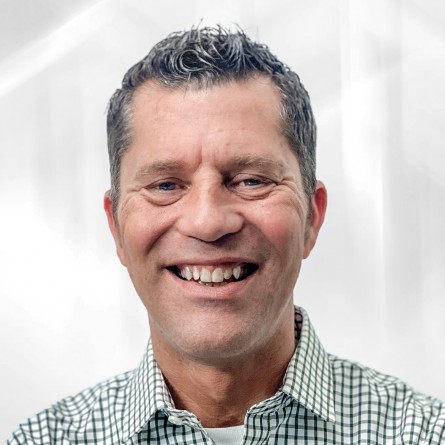 Allen Van Gorder has been involved in the dairy industry for most of his life. He grew up on a working dairy farm and graduated from Cornell University with a dairy science degree. He spent many years operating dairy equipment and then stepped onto the other side into sales, to begin selling equipment to other farmers.

Allen joined Waikato Milking Systems in 2021 and is now the company’s USA Regional Manager for the East Coast and Canada, working with the company’s Americas sales and operations team.

Allen draws upon previous roles and contacts in dairy genetics and dairy marketing to establish and promote the Waikato Milking Systems brand in a large territory.

His knowledge of the East, its farmers, dairy industry trends and contacts are invaluable for the company’s work to establish key markets in the USA.

Allen is based in Little Falls, New York and spends much of his time on the road attending cattle sales, dairy shows and visiting dealers to establish new networks and to educate those in the dairy industry about the capability of the company’s products and technology.

New York State is just one of many Allen covers, but it stands as an important market for the company. It has nearly 4000 dairy farms that produce over 15 billion pounds of milk annually, making it the country’s fourth largest dairying State.

Allen believes there is great scope for Waikato Milking Systems to grow its brand in the East and to further its presence in Canada, where farmers are already using its rotary milking systems.