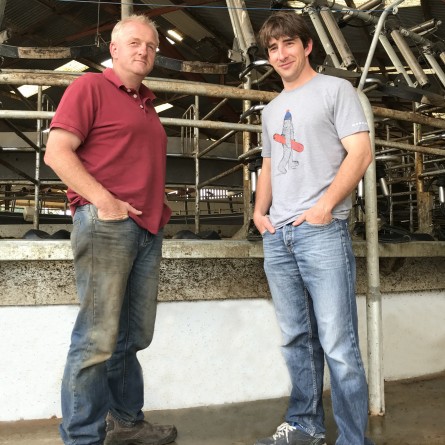 "We’ve noticed a dramatic improvement in our Somatic Cell count"

The Leonard family farm has been in the family for 100 years, until the 1970s grazing and arable before Joe Leonard’s father converted it to dairying.

Today, the property spans 260 hectares, with a milking platform of 180 hectares supporting the herd of 590 cows. Joe Leonard recalls the reason his father converted the property to dairying had a lot to do with the growth of his family. “Once he started having children he realised dairying would give him a better income than growing grain and contracting.”

The farm’s original 14 unit parlour was replaced, in 2009, by a 40 unit herringbone after Joe returned from a working holiday in New Zealand. “It was efficient with 300 cows but was stretched when we got to milking 500 cows,” Joe said. “With cow numbers set to rise to 590 in 2018 we were looking at the prospect of 15 rows to put the herd through which would have been very time consuming and not efficient from a labour point of view. We began thinking of building a new shed which would enable faster milking and throughput, and which would be a drawcard for good labour.

“The farm is located 25 minutes from Dublin where people have a lot of job options and we were conscious we had to offer an attractive work environment to get the right people. “I was pretty-much sold on a 54 bail rotary parlour from Waikato Milking Systems right from the start. A farmer in my discussion group had one and I’d experienced a milking. I liked its simplicity and ease of operation. I liked that the company had 30 to 40 years of history in New Zealand in a similar system to the one we run here.

“I didn’t want bells and whistles – I just wanted a straight-forward, easy to use parlour which was time and labour efficient, where I could put the cups on, teat spray and know the cows had been milked properly. The cows had to be comfortable and the parlour had to be built to last. Waikato Milking Systems’ parlours ticked all those boxes.”

The old parlour was demolished in October 2017 and construction of the new 54 bail Waikato Milking Systems’ Orbit rotary commenced, on the same site, with the first milking taking place in February 2018. Joe recalls the transition to the new parlour went “remarkably well. We’d planned on having the new parlour finished by Christmas which would give us three to four weeks to train the cows before calving, but, as it turned out, calving started before the platform was finished. We ran the colostrum mob through the parlour and they settled to the new system very quickly.

“We feed the cows on the platform but it’s really only a ‘shake of the feeder’ – enough to get them on and happy.” Two people worked in the parlour during spring with one man for the balance of the season with milking taking around two hours, morning and night.

“We’re very happy with the parlour. It does exactly what we thought it would. We had a tough spring weather-wise so it was good that the new parlour was easy to understand and operate. “The staff are very comfortable with it, very happy. If I asked them to go back to the herringbone, they wouldn’t go!

“The cows are very relaxed and comfortable in the new environment and cow flow is excellent. We’ve noticed a dramatic improvement in our Somatic Cell count – it used to be around 140,000 to 150,000 at this time of year and it’s now 90,000 to 100,000. The only thing we’ve changed is the parlour so we’re putting it down to that; we’re very pleased.” 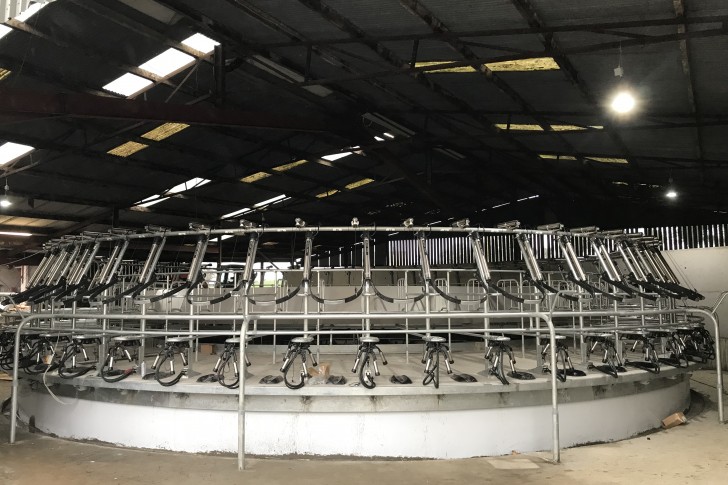 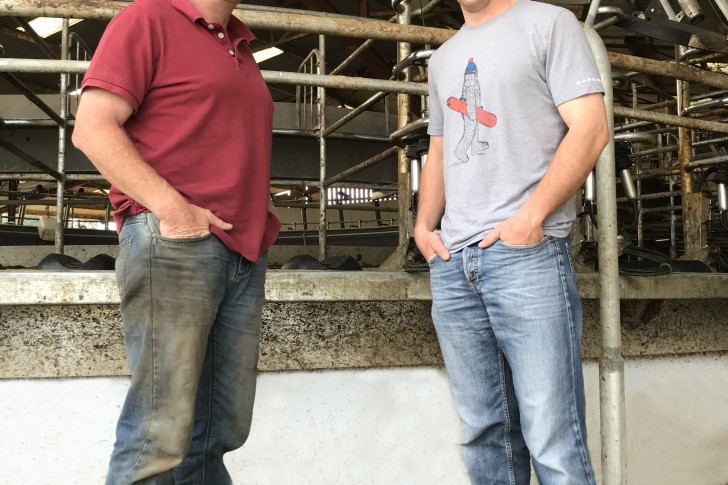